Warnings from an AMERICAN PEDIATRICIAN: Stop your children up to 12 years from using electronic devices

Previous Next
Warnings from an AMERICAN PEDIATRICIAN: Stop your children up to 12 years from using electronic devices

Warnings from an AMERICAN  PEDIATRICIAN: Stop your children up to 12 years from using electronic devices 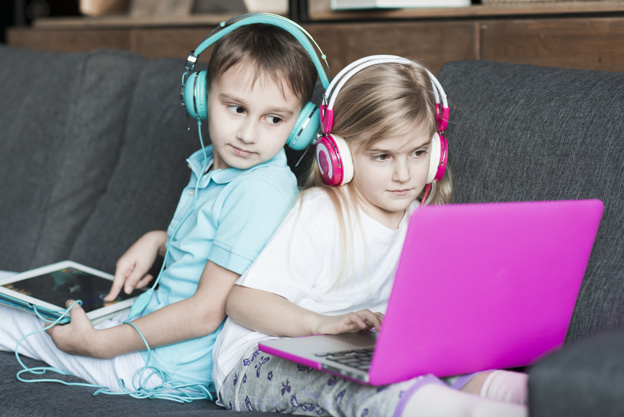 Chris Rowan, an American pediatrician, says in a post on his blog on the Huffington Post about the dangers children who spend too much time on their phones or tablets are exposed.

I call on parents, teachers and governments to ban children under 12 to use portable electronic devices, he writes, listing 10 reasons.

Between zero and two years, the child’s brains triple their size, and they continue to develop rapidly until they are 21 years old. Brain development during that training period is determined by environmental stimuli or lack of them. The stimulation caused by over exposure to technology (telephones, the internet, tablets or TV) is associated with attention deficit, cognitive delays, learning problems, increased impulsivity and less self control ability.

The use of technology restricts movement, which can lead to a delayed development, writes Chris Rowan. One in three children now enters the education system with such problems that affect their academic outcomes. The movement improves attention and the ability to learn.

Television and video games are linked to an increase in the number of obese children. Children who are allowed to have a device in the bedroom are 30% more likely to become obese.

60% of parents do not supervise their children when they use a variety of technologies, and 75% of children are allowed to have gadgets in their bedrooms. 75% of children aged 9 to 10 suffer from a lack of sleep, which negatively affects their school results.

Excessive use of technology is one of the factors that causes depression, anxiety, attention deficit, autism, bipolar disorder, psychosis or other problematic behaviors among children.

High-speed media can contribute to attention deficit, decreased power and memory capacity. Children who can not be careful can not learn.