VIDEO | Testimony of a mother: “I quit TV and my boy started talking” – Virtual Autism, the danger that threatens our children.

Previous Next
VIDEO | Testimony of a mother: “I quit TV and my boy started talking” – Virtual Autism, the danger that threatens our children.

VIDEO | Testimony of a mother: “I quit TV and my boy started talking” – Virtual Autism, the danger that threatens our children.

The effects of gadgets on children can be devastating: they stop reacting to the human voice and develop tics in the way they play.

As he saw himself in the park, little Tudor began to run cheerfully to the playground. Just as any child would have done. No one was able to catch up with him. But his mother knows how much he has to work: therapy sessions, home exercises, banning any contact with the gadgets of today’s world.

Tudor has a autistic spectrum disorder aggravated by virtual autism. I mean, watching TV and playing on the phone, even when he was a few months old. Because he could not sit for a moment, before he was two years old, he was taken to the doctor. That’s how Elena Micu found out about her boy’s affection. But even with the diagnosis in hand, she did not believe it, and moreover, she still could not completely cut off  watching programs on TV.

“He is a very agitated child and the only way I can calm him down and sit still for half an hour or an hour, so I can do my job, it was the TV or the phone. Especially the TV that was open all the time and I thought he was not watching TV, but the screen image always draws children and makes them enter their world, not to realize what’s going on around them, practically it closes them like in a bubble, “says Elena.„ 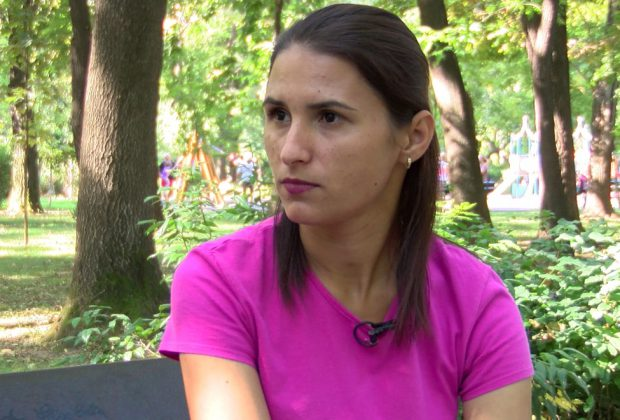 “I closed the TV for a week. And my boy started talking “

Only after being at a conference of psychologist Teodor Zamfir, Coordinator of the project “Stop Virtual Autism”, she realized how badly television and cellphone was affecting Tudor, even if he was just looking at cartoons or music. “Tudor did not answer, did not return, you had the impression that he was deaf. Tudor had fixations at the door. If you let him an hour he would close and open the door, Tudor stood for an hour and closed and opened the door, could not take him from there, he did not show you with his finger. For three days Tudor points with his finger, but very rarely, and shows with his hand somehow. And I said, Stop! We turned off the phone, we turned off the TV, so the TV in our house is a black box. And within a week Tudor began to speak. I was very surprised, he did not caress as a baby, he did not babble, not make any sounds but now … It was a miracle for us, “says an emotional mother, while she even sheds an eye on her child, who sneaks in place playground.

Tudor goes to daily therapy, and that takes much of his family’s income. Even the father had to go to work abroad to be able to support them.

Psychologist Teodor Zamfir has seen dozens of children who, after they have been banned from “virtual”, have begun to become normal children. And initially they did not respond to names, they did not understand plain language, they had no visual contact with others. Typical symptoms for children „autised” by watching TV. So when asked to assess a child, the first question he puts is: how long did he stay in 0-3 years on television and tablet?

“Playing in general is a repetitive and stereotypical game, it is not a symbolic play, in which the child pretends to play something like mother, like father, to have a discussion. Because, in fact, it is how language and communication, imagination and creativity develops. At this point stereotypes or stereotypical games of children drop out somewhere between 200 and 300% of serotonin and dopamine (which are the hormones of happiness), more than during a sexual act, to realize that they find enormous pleasure in those games. And that is why we as parents need to identify early on these stereotyped and repetitive games that do not have a particular logic, “explains the specialist.

In fact, the child is no longer educated by the people around him, but by the gadgets he comes into contact with and he pays more attention to them: “The child is no longer interested in the human voice, the mother’s voice, and then he begins to only have interested in certain noises, sounds from commercials, cartoons and the seems like a person who does not hear us, does not answer his name, does not understand language, because he does not perceive our human voice, ” says Teodor Zamfir.

The “Stop Virtual Autism ” Campaign will try to educate mothers since they are pregnant. Because the greatest danger is for children up to 2 years of age. In 90% of cases of children aged 2 to 3 years diagnosed by neuropsychiatric doctors with autistic spectrum disorders, specialists associate as a triggering factor the excessive viewing of TV programs or other forms of virtual reality. Especially in cases where children are left in the care of the devices on average 5 hours a day.

We use cookies to ensure that we give you the best experience on our website. If you continue to use this site we will assume that you are happy with it.OkNoPrivacy policy
Revoke cookies