Video – Florina Rad, primary physician in pediatric psychiatry. What is virtual autism and how is it manifested?

Previous Next
Video – Florina Rad, primary physician in pediatric psychiatry. What is virtual autism and how is it manifested?

Video – Florina Rad, primary physician in pediatric psychiatry. What is virtual autism and how is it manifested?

A new phenomenon affects the children, without realizing it! What is virtual autism and how it manifests itself?

Virtual autism is a worrying phenomenon that more and more children are suffering today. Sabrina Preda, a reporter at „Observator”, produced a report in which she studied the causes and effects of excessive television viewing, and this morning she was invited to the „Neatza with Razvan and Dani” TV show to discuss the issue in more detail.

Together with Florina Rad, a primary physician in pediatric psychiatry, Sabrina explained that excessive time spent in front of screens, tablets, phones or television is harmful to the child’s harmonious development. Although distinguished from “classic autism,” virtual autism is a cause of massive exposure to virtual environments, which makes the little one no longer socially related and having difficulties developing cognitively. The responsibility of the adult lies here in identifying the problem and replacing the virtual stimulus with another kind of activity, the base oh it being both communication and interaction with the little one. 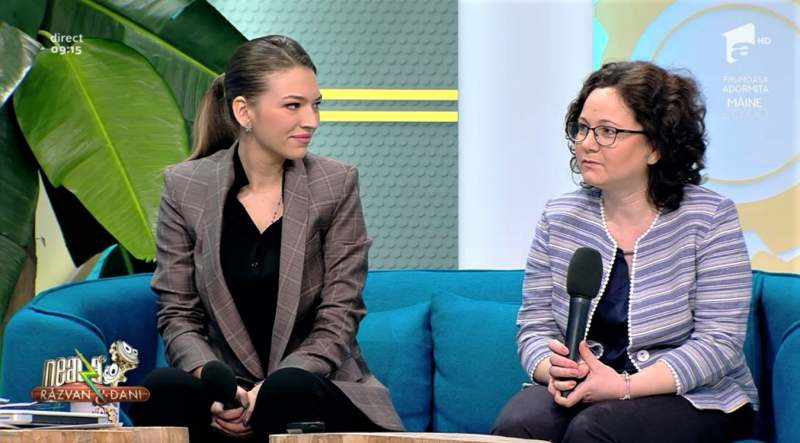 Children are extremely receptive, especially by imitation, and at an early age their brain is in development. That is why the relationship with the adult is very important, because only he can filter the access of the little one to a technological excess. Pediatrician Florina Rad pointed out that “a child does not have the necessary mechanisms to learn from television, then apply what he sees in real life,” so that auditory and visual stimuli can not be processed.

Virtual autism has become a worrying, real phenomenon triggered by massive exposure to virtual environments, which can, however, be solved. In the case of children „autised” from excessive watching on TV, recovery takes place in about 6-18 months, with an individual therapy program of at least 2, up to 4 hours a day.

Especially in the early years of life, the relationship with the child is extremely important, and the time spent with him, the communication and the hours on the playground are the only ones that can ensure a harmonious development. The guest of Sabrina Preda, specialist doctor Florina Rad, warns that virtual autism is much easier to prevent than to stop, and the parent’s timely intervention can make the difference in the future.

We use cookies to ensure that we give you the best experience on our website. If you continue to use this site we will assume that you are happy with it.OkNoPrivacy policy
Go to Top