Warning: "continue" targeting switch is equivalent to "break". Did you mean to use "continue 2"? in /home/asmc/public_html/stopautismvirtual.ro/wp-content/plugins/revslider/includes/operations.class.php on line 2758

Warning: "continue" targeting switch is equivalent to "break". Did you mean to use "continue 2"? in /home/asmc/public_html/stopautismvirtual.ro/wp-content/plugins/revslider/includes/operations.class.php on line 2762

Warning: "continue" targeting switch is equivalent to "break". Did you mean to use "continue 2"? in /home/asmc/public_html/stopautismvirtual.ro/wp-content/plugins/revslider/includes/output.class.php on line 3706
 Psychiatrists in Timisoara are alarming! More and more children are actually falling into the battlefield of the virtual environment – Stop Autism Virtual Skip to content

Psychiatrists in Timisoara are alarming! More and more children are actually falling into the battlefield of the virtual environment

Previous Next
Psychiatrists in Timisoara are alarming! More and more children are actually falling into the battlefield of the virtual environment

Psychiatrists in Timisoara are alarming! More and more children are actually falling into the battlefield of the virtual environment 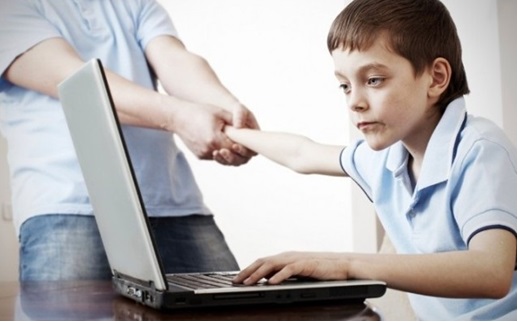 Computer games seriously harm health, doctors say. For many children in Timisoara, frequent use of the computer has led to the development of an addiction.

Not only children risk their health, but also teenagers who sit too long in front of a computer, socializing online.

The “drug” was offered by parents, and the gift is costly compared to the family’s monthly income. If, ten years ago, mothers and fathers proudly praised the kindergarten kids knowing how to use the keyboard and the mouse, this has now become a stigma.

“In many cases, psychotherapy and medication is needed”, says the Chief of of Pediatric Psychiatry Department at the Clinic of Psychiatry and Neurology for Children and Adolescents of “Louis Turcanu” Hospital Timisoara, Laura Nussbaum.

The poison of the mouse

Many little children put their hands on the mouse and the keyboard before they learn to write with the pen. The mouse “poisons” them slowly, and over time takes control of them.

“It is true that children’s access to new technologies develops skills and aptitudes, but things have to be done with measure, and the debute in  the virtual environment must be postponed as much as possible. Your computer, tablet, and mobile phone are addictive. We have many cases of children in kindergarten or primary classes. They want nothing but to play on the computer. The shorter the age at which children have access to the computer, the more dangerous the addiction is, ” says the doctor.

A few hours of sleep after four days without rest

With children growing up, problems are growing. Starting with the Gymnasium cycle, the students skip school to keep their eyes on the monitor and the mind connected to a virtual reality, often violent.

“Some develop tics, others are agitated. Many people are exacerbating certain mental or behavioral problems that would otherwise be overlooked. We have many hyperactive children. Some go to obesity because they refuse any kind of movement. Others refuse to eat and drink water because they do not want to stop playing. Then there are other issues. Children run out of reality and take refuge in the virtual environment because it’s different to control things in the game. Moreover, there are cases where children socialize only online, they live there. There are also a lot of students whith their biorhythm disturbed. Some sleep only two hours out of 24. Others sleep only a few hours after three or four days of sleeplessness because they have to finish a game. It comes to the situation where children have no limits, “says Laura Nussbaum.

At the doctor, when the situation gets out of control

Most parents come to a specialist consultation only when the situation is out of control. The initial sense of pride given to the fact that little children know how to navigate the seemingly quiet sea of ​​the virtual environment turns into despair. The silence that mothers and fathers had in the first days when the child was busy with the computer and let them do their chores becomes oppressive with every new level of play.

“In most cases, children are brought to a doctor when addiction is already established, and children want nothing more than to play on their computer. School skipping and poor learning outcomes are the signals that mobilize parents. In many cases, middle school students and high school adolescents reach psychotherapy and medication. We see an ugly psychopathology Manic depression, agitation, psychotic symptoms with hallucinations and even suicidal states or suicide attempts, “said the chief doctor of  Pediatric Psychiatry Department at” Louis Turcanu “.

“We have two or three desperate cases per week. Pathology is more difficult to recognize, and patients get to the doctor when the situation gets out of control. Very few parents come in time, most call the specialist only when the child no longer works in any direction. The longer the problem is postponed, things get worse. The heaviest cases are those in which the family environment is disturbed. There are also situations where we are talking about a genetic predisposition towards addiction, namely vulnerable people, “says Laura Nussbaum.

According to the specialist in Timisoara, a lot of guilt is borne by the parents who do not limit their children’s access to the computer, or even neglect them from many points of view, devoting their time especially to the financial situation, with the hope that the money solves all the problems.

Computer addiction is a drug, and addiction is the same as any other life threatening drug. “Computer dependence and the use of banned substances go hand in hand. Solutions are, but need to hard worke. Because of the parents inconsistence we have few successes. Psychotherapy sessions are needed in the first phase twice a week, then they are restricted every seven days, to be held twice and then once a month. The child must be put  in the monitoring program. A minimum of 10-12 psychotherapy sessions are required. Cognitive behavioral therapy is also recommended for patients to change their optics and interaction. Unfortunately for many parents the money are important, and children feel abandoned and devoid of value, so family therapy is needed to make patients feel no longer alone, but to feel valued, “says Laura Nussbaum.

According to the Timişoara doctor, the time spent on a computer by a child should be 15-30 minutes a day, depending on his or her age. Moreover, it must be trained by parents in all sorts of activities to capture their interest. Last but not least, older students have to realize by themselves that playing and interaction with peers only virtually affects their health.

“Teenagers should try to be aware of the harmful effect and abstain. But it’s very hard. He can not. We have some successes, “says Laura Nussbaum.

Even those who are not at the extreme pathological of computer use suffer from: eye disorders, decreased concentration, chronic fatigue, and sedentarism. According to the most recent data of the Organization for Economic Cooperation and Development, the over use of information technologies by students affects the ability to acquire knowledge.